Ret. Brig. Gen. Don Quenneville served both active and reserve components of the U.S. Air Force for more than 36 years and sits on the board of directors for CP4VNE.

On Sept. 11, 2001, Quenneville commanded the 102nd Fighter Wing and responded to the terrorist attacks on the World Trade Center by sending pilots and aircraft from his wing. They were the first to respond that day.

Quenneville was formerly the senior vice president for Defense Sector Initiatives at Mass Development and served as the executive director of the Commonwealth’s Military Asset and Security Strategy Task Force.

He currently chairs the board at Gosnold, a drug and alcohol addiction treatment facility on Cape Cod. Quenneville is also on the board at Fisher House Boston, a home away from home where our military families can stay while a loved one is receiving in house treatment at one of our medical centers, and is a member of the board of advisers for Bridgewater State University on Cape Cod.

Quenneville is currently an independent consultant and owner of Great Pointe Consulting, LLC. 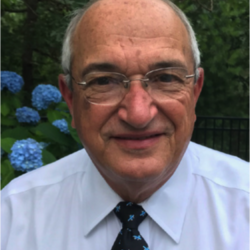